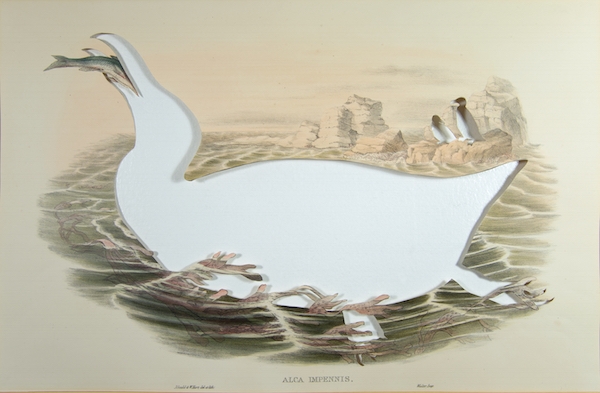 I am thrilled to announce that Ronald Feldman Fine Arts will dedicate their booth at The Armory Show this year to my series Frameworks of Absence (and a selection of my other works). The booth will take the form of small museum depicting the disappearance of animals in the Americas over the past four centuries.

As response to the current mass extinction event, referred to as the Holocene or Sixth Great Extinction, I physically cut images of missing animals from actual historic prints and publications printed at the time in history when the depicted species became extinct. The resulting image minus the subject is what I refer to as a Framework of Absence. 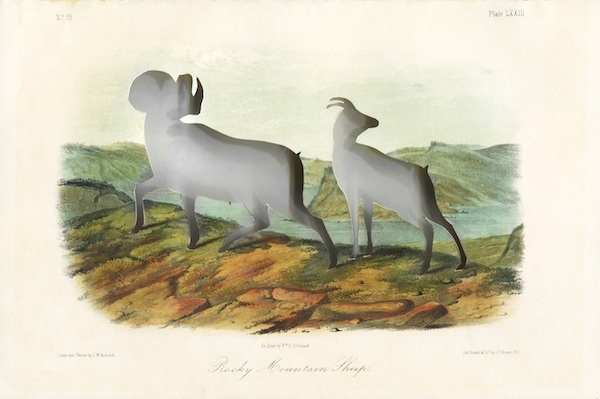 The Frameworks of Absence series was started in 2006 and the plan for the Armory Show has been in the works for almost a year. I actually spent most of 2014 researching extinct species, sourcing prints and creating close to 100 new works for this show! For these new works, I am collaborating with the wonderful team at Q Art Co to create frames inspired from the time period of each original print.

The exhibition will also be in support of the Natural Resources Defense Council’s (NRDC) vital work to protect wildlife and ecosystems. Check out the press release for more information and more news soon!

The fair opens March 5 in NYC and I hope to see you there. 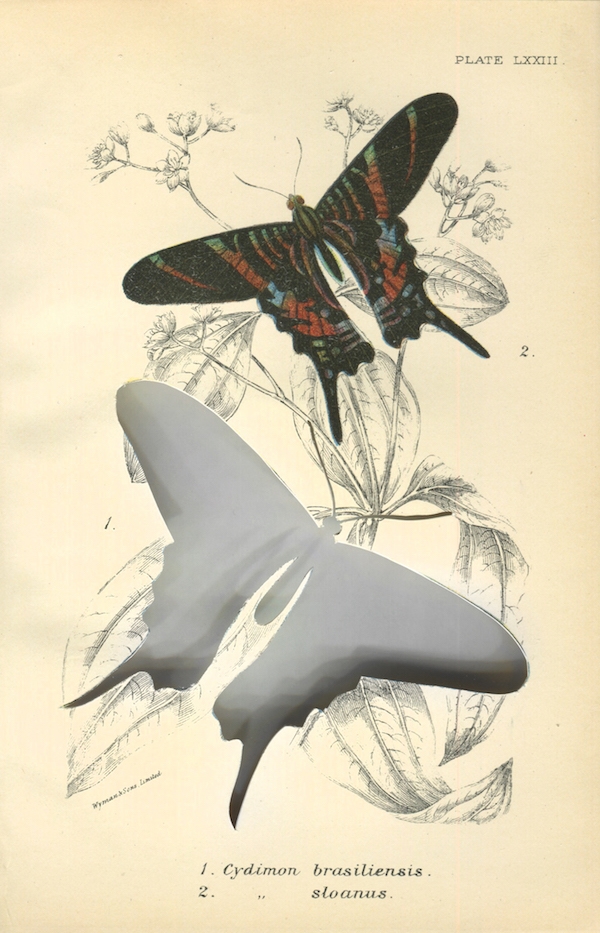